Six very experienced prefab manufacturers brought their passion and their expertise to the Accelerator’s first Passive House Prefab Summit, and the excitement in the room was palpable. The only hitch was that the room was bursting at the seams and not everyone who wanted to attend could get in—but fortunately it was recorded. Watch it here:

Chris Corson of Ecocor in Maine led off the panelists’ quickly paced introductions, followed by Doug Reitmeyer of Bensonwood in New Hampshire, Abby Xerri of Quantum Passivhaus in Ontario, Bill McDonald of Phoenix Haus in Colorado, Jan Pratschke of Collective Carpentry in British Columbia, and Kyle Moen of BC Passive House. Each explained the basics of their business models, including where they generally deliver to and what kind of projects their companies build. Right there we got key insights into who is doing what.

Zig zagging from East to West and back again, moderator Shaun St. Amour led the panelists in discussions of “What makes a site suitable for prefab,” How does a prefab approach impact the design process,” and the ever-present concerns about cost effectiveness.

A lot of our sites are really challenging, but we’ve been flexible about making a system that meets different site needs,” Xerri said, and in a comment echoed by other firms: “Get early stage consulting.” As many companies stressed, just as with Passive House, a team effort and an integrated design approach is very effective with prefab.

In addressing site suitability Pratschke said, “You can do just about anything. It’s just how much effort it’s going to become.” He pointed out that identifying the challenges of a site and then overcoming them is a standard part of the job for most builders, and the same is true for them. “Sometimes we have to offload onto smaller trucks and go up little winding roads. That can put a lot of pressure on a project, but at the same time it’s a lot of fun. We don’t shy away from challenges.”

Corson tackled the cost effectiveness question by saying, “It’s a loaded question. Every site is difficult and has its logistical challenges.” Still as he also noted, “The cost effectiveness is simple. You can send four or five guys to a site to stick build a Passive House and it’s going to take six months to frame up the envelope and we are doing it in three to four weeks in the factory. The time to completion is shortened.” He also pointed out that the QA/QC that factory panelization delivers allows a planned approach to any building site. As with any Passive House project, he emphasized, you have to look at the big picture.

McDonald weighed in similarly saying that offsite producers can be three times more productive than an on-site work force, adding, “We are seeing companies that are growing with prefab and seeing opportunities in their markets.”

These highlights can’t begin to convey the nuances and depth of information covered in the summit, so take a seat and enjoy the whole presentation. 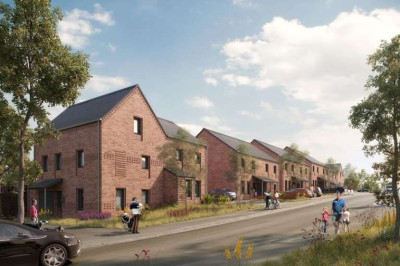