A Home Rebuilt for Barcelona

How do you sell the benefits of Passive House in a climate that is pretty lovely most of the year? Micheel Wassouf, principal of EnergieHaus, which is based in Barcelona, Spain, has been answering this question for more than a decade. During this period his 10-person firm has been increasingly busy with Passive House designing and consulting throughout Spain, and they recently certified their 200th building. But, in his hometown of Barcelona, which borders the Mediterranean Sea and can boast of a temperate climate in winter and summer days meant for swimming, Passive House has been a harder sell. Building efficiency just isn’t a front-burner issue for many, says Wassouf. Indeed, he still had not certified a Passive House project in Barcelona proper until ShowPass, his family’s retrofitted townhouse that was certified by PHI in 2021 as a step-by-step EnerPHit project.

The ShowPass project is aptly named, for Wassouf opens the home one day each month to show off his home’s Passive House features. His intended audience includes investors and developers, who typically seek out the lowest cost ways to earn eco credentials, but are under increasing European Union regulatory pressures to achieve more substantive environmental targets. A recent Saturday attracted 400 curious onlookers, mostly nonprofessionals participating in a citywide open house event. Wassouf, who had not anticipated this level of interest, ended up explaining Passive House principles 16 times that day.

ShowPass, before its recent reincarnation, exemplified typical Mediterranean construction norms from the early twentieth century with 35-mm (1.4-inch) brick walls and no insulation. Condensation, mold, and decay had taken up residence in the building. As with all step-by-step EnerPHits, Wassouf detailed a plan for the whole building’s retrofit, while executing the work in stages. In the first phase of this three-story rowhouse’s retrofit, which was completed in fall 2021, only the ground and first floors were renovated. The upper story’s update is planned for a later time, minimizing disruptions to the tenants that currently occupy the top story.

Having completed that first phase a little more than a year ago, Wassouf has cut the building’s energy demand by 80%. The payback time for the investment premium needed to shift this building’s renovation from just meeting code, which would have yielded energy reductions of 50%, to meeting the EnerPHit targets in the lower floors is only two years. A relatively small 2.6-kW PV system allows the home to achieve close to net zero energy use over the year.

The original building’s street-facing side presented an appealing, traditional façade, which Wassouf wanted to preserve, so the answer to the question of whether to retrofit from the interior or the exterior was both. He added insulation and an airtightness layer to the ground and first floors’ front façade from the interior, while the entire back side of the building was insulated from the exterior. He chose to install a variety of insulation types, partly because he wanted to demonstrate the use of those that have no or very low environmental impact, including wool, recycled cotton, and wood fiberboard.

The airtight layers on the ground and the second floors each span all four sides of the interior and depend primarily on coating the interior surfaces with a lime-based mortar. He chose to rely on this material to show that bio-based materials can deliver on airtightness.  And, this strategy worked. Post-retrofit testing resulted in a stellar 0.93 ACH50 for the first two floors of the building, while the air leakage rate for the whole building is 4.3 ACH50.

The lime mortar, because it is a vapor-open material, also helps with humidity control. The house is just 200 meters from the coastline, and the ground continuously exudes moisture. Many of the neighboring homes suffer from the same mold issues on the ground floor that the original building had. An ERV is Wassouf’s first line of defense in managing the ongoing humidity, and for further moisture management, he installed a reverse osmosis machine that inverts the ionization of the walls, bolstering their resistance to moisture intrusion.

In sunny Barcelona, exterior shading is critical to maintaining comfort. Indeed, as Wassouf says, “Exterior shading elements are imperative for our climate. Without them, the difference would be immense.” To complement the building’s historic look, Wassouf installed traditional wooden shutters on the front-facing façade. The back sports a more modern, motorized slotted larchwood façade that is deployed as needed. A cloth sun sail shades the rooftop in summer.

While the main motivation for the renovation was improving the performance of the building, Wassouf also took this opportunity to upgrade the living experience there. The first step in the construction process was opening up the ground floor—formerly a cluster of small, dark rooms—to create a large great room that houses the kitchen and living spaces and is graced with ample natural light. New metal joists span the ground floor’s ceiling, redistributing the structural loads.

Fresh air, along with heating and cooling, are supplied by one compact unit. A heat pump water heater whose condenser is outside provides hot water for the two floors. A shower water heat recovery unit, whose small size makes it manageable to install in retrofit projects, helps minimize the hot water loads. Wassouf is tracking his family’s water use with a smart water flow monitor, which he says has not necessarily increased his popularity with his children. He also installed a smart home management system that allocates the PV generation among the major loads, such as water heating, space conditioning, or other devices. Getting this system to perform optimally has been a bigger challenge than was originally thought, according to Wassouf, who commented that coordinating several brains in a house is never easy.

Wassouf conducted a lifecycle analysis of the carbon emissions associated with the renovation, including the embodied carbon of all the materials and their transport, along with the energy performance of the building before and after its retrofit (see Figure 1). His conclusion from his study was clear: “The most efficient strategy to reach a low CO2 footprint was through energy efficiency—that was our experience,” Wassouf notes, adding, “We started with a baseline that was a poorly performing building, so we got a 90% reduction of our footprint through efficiency. The improvement would have been less if the building had had any insulation.” The renovated portions of the building are now just 10% to 15% less efficient than a new building would be, so it's clear to Wassouf that retrofitting was the best option here. “There are always some cases where making a new building might be better, but here the buildings constructed during the first half of the 20th century have such quality aesthetics that it would be difficult to reach this quality with normal new construction,” he points out. He is quick to clarify that modern architecture also can be visually appealing and deliver on performance, but the combination is not frequently found.

In throwing open the doors of his house on a monthly basis Wassouf is working to extend the appeal of Passive House from the single-family, new construction projects that tend to predominate here to bigger and more challenging building types. He has his eye on Valencia, a Mediterranean city that is 350 kilometers (217 miles) south of Barcelona, and which recently won an award, along with a prize of 600,000 Euros, for being the 2024 European Green Capital. The city also won the distinction of hosting the 2023 conference for Spain’s Passive House group, Plataforma de Edificacion Passivhaus—a sure sign of the region’s growing Passive House interest.

All figures and illustrations courtesy of Energiehaus. 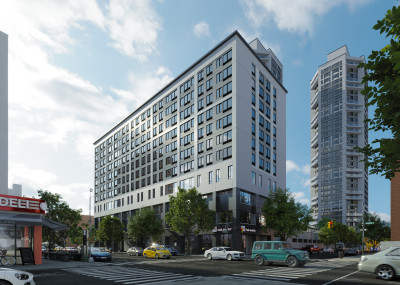 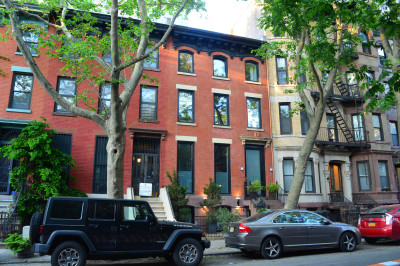 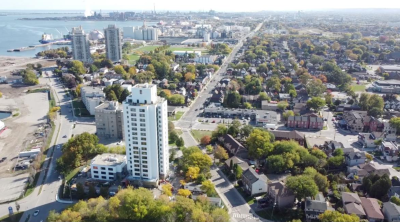 Building Science (and 2 others)