ReCover, a nonprofit started by architect Lorrie Rand of Habit Studio and builder Nick Rudnicki of RSI Projects to promote accelerating retrofits in Nova Scotia, has expanded to almost here, there, and everywhere across Canada. This year the group concluded a study for the Toronto Community Housing Corporation (TCHC) on retrofitting its townhouse portfolio. ReCover is also leading a federally funded project working with six municipalities in three provinces to devise retrofit plans for high-energy-using buildings in their jurisdictions.

TCHC is Canada’s largest social housing provider with 2,100 buildings in its portfolios, and 789 of those are townhouses. As part of its commitment to reduce operational carbon emissions by 25% by 2028, TCHC commissioned ReCover to assist in devising an Energiesprong-style plan to retrofit its townhouse properties, many of which have extensive deferred maintenance issues.

ReCover, aided by a collective of project partners, selected a typical townhouse block property of six units to develop technical solutions for, and assess the financial impacts of, a retrofit. The team found that a deep, net-zero-ready retrofit would reduce the building’s energy consumption by 88% and its GHG emissions by 97% while shrinking the total cost of building ownership by 31% over a 60-year lifespan. “The total cost of building ownership is really important to our deep retrofit work,” says Rand, who notes that a typical 15-year or 20-year payback period is a financial limitation that has to change, given that these post-retrofit assets should last 50 to 60 years.

The townhouse property the ReCover team evaluated is a masonry structure with single-glazed aluminum sliders and a wood-framed roof structure. An interconnected gas-fueled district heating system supplies the hot water for the hydronic baseboard radiators. The residents can’t control the temperatures in their units, and the hydronic pipelines are in poor shape and due for replacement.

The deep retrofit protocol the team recommends calls for improving the building enclosure first by tightening up the envelope and adding insulation to the exterior, then electrifying the space- and water-heating equipment, and finally adding renewable energy generation, where applicable. For this property the design protocol specifies applying Larsen truss-based panels to the walls and roof to bring them up to R-25 and R-40, respectively. The airtightness target for the property was set at 1 ACH50. Mechanical system upgrades include heat pumps for space conditioning and adding HRVs to supply fresh air and improve indoor air quality. WUFI analyses were conducted to ensure that adding the exterior insulation would not create condensation and moisture issues. For now, the ball is in TCHC’s court to start implementation of the recommendations.

In the meantime, the municipalities project is in full swing. With the support of Quest Canada, which has built up a working group network for municipalities, ReCover has been hosting open quarterly calls with municipalities seeking out technical help for retrofit solutions—where attendance has been around 80 on average—and monthly calls with the six jurisdictions directly involved in the project. These jurisdictions include Halifax and two others in Nova Scotia, the cities of Burlington and Oakville in Ontario, and Saskatoon in Saskatchewan. “The buildings we are studying have a range of uses and types—from wood-framed to brick to steel-framed,” notes Rand, adding, “The commonality is they have high EUIs (energy use intensities).” The two pilot buildings in Ontario are senior community centers, where temperatures need to be kept quite warm for the occupants.  In Saskatoon the building under study is a steel-framed transit facility with overhead doors and insulation levels that just met code once. When completed, the planned retrofit approaches will be posted to an open-source website.

Rand is encouraged by the attention that retrofits are getting at the federal level, with $250 million pledged annually for retrofit efforts, and $33 million of that pot earmarked specifically for Energiesprong-type projects and market development teams. As part of its market development efforts, ReCover has been reaching out to panelization companies and contractors in Ontario to gauge interest in the planned TCHC retrofits. “Several Passive House panel builders have been willing to talk about adapting their products for retrofits,” Rand says. Rudnicki is pursuing other panel manufacturers, and together they have identified at least six companies tentatively interested in supplying panels for the organization’s planned projects.

ReCover continues to punch above its weight, contributing significant expertise to retrofit programs, despite its small, mostly subsidized and part-time staff of three—Rand, Rudnicki, and Emma Norton of the Climate Emergency Unit. RSI’s intern architect Marcel Turavoski and administrator Breanne Belitski have also contributed key capacity to the fledgling organization. Across Canada, as recognition is growing of the significant role that retrofits play in helping jurisdictions meet climate goals, ReCover is poised to take the lead on yet more critical market development work, strategizing implementable pathways to scale retrofits.

All images and graphics courtesy of ReCover. 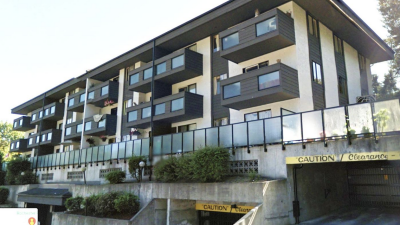 Climate Action/Energy Transition (and 1 other)

United to Fight the Climate Emergency 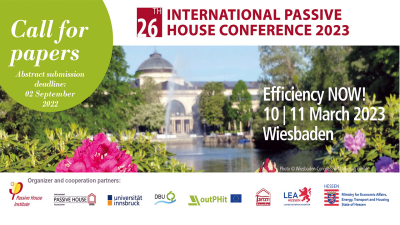