Throughout the last week of February and early days of March 2022, two seemingly identical structures sat side by side in Martin Place, one of the busiest hubs in Sydney’s central business district. Aside from each looking “like a wooden tent,” as John Beurle—a member of the nonprofit Australian Passive House Association (APHA)—told the Sydney Morning Herald, each contained a block of ice measuring 1 cubic meter.

Though the two structures looked similar, they were dramatically different. They were also key parts in the latest public installation known as the Ice Box Challenge, which was organized by the Australian Passive House Association (APHA).

What Is the Ice Box Challenge?

The Ice Box Challenge is a public installation designed to showcase how insulation and airtightness can dramatically affect a building’s ability to maintain a steady temperature, even in the face of extremely hot exterior temperatures. Sydney joins other international cities—including New York, Vancouver, Santiago, and Glasgow—in playing host to the event.

The core concept behind the challenge is simple. Two small sheds (or boxes) are built in a public place. One of the boxes is designed to meet the local building code’s minimum requirements. The other is designed to the standards set by the Passive House Institute. Inside both are placed a cubic meter of ice.

The public is then asked to play the waiting game.

For approximately two weeks, the sun mercilessly beats down on the two boxes equally. There are no active cooling measures. The experiment is designed to reveal how well each ice box passively resists the heat.

When the time is up, the two blocks are removed from the boxes and measured. The bigger ice block wins.

During the closing ceremony on March 4, the block of ice that had been placed inside the Australian Building Code box had virtually disappeared. It measured just 0.8 kg, while the block that had been in the box built to the Passive House standard measured 413.8 kg. That is a difference of 413 kg!

APHA CEO Paul Wall was jubilant: “The event captured interest far and wide, with the big reveal demonstrating visually, and beyond doubt, the superior qualities of Passive House construction. Being a performance standard, we knew that, based on the modelling, we could guarantee the outcome, and that the impressive 413 kgs of ice remaining in the Passive House box could have far exceeded the 12-day demonstration.

“This was a real team effort,” he continued, “and it would not have been possible without the support of the City of Sydney, all our sponsors including the major sponsor Eclipse Passive House, and of course the many volunteers that gave their time so generously during the event."

At this point, it’s clear that the homes built to code have a better chance of winning than the Washington Generals have of beating the Harlem Globetrotters.

So Why Have an Ice Box Challenge?

The Ice Box Challenge is not designed to be a nail-biter. Instead, it is designed to provide visual evidence of just how integral insulation and airtightness are to one of the fundamental purposes of shelter: keeping occupants comfortable. It is also an excellent tool for clearly revealing how inadequate homes built to code are in this regard.

Like the ice itself, the experiment is also a very blunt instrument. There is no nuance. There are no caveats. There are no R-values, no U-factors, no metrics heavy on the Greek and light on meaning to people who haven’t thought about physics since they were teenagers.

The larger lesson here is that the Ice Box Challenge is effective for one of the reasons why many architects struggle to convince clients to invest in a home built to the Passive House standard: It speaks in plain language. Living in a Passive House can certainly improve health and help owners save on energy costs, but it can be difficult to convey these benefits in language devoid of metrics that have no relevance to the intended audience, thereby making them sound like meaningless jargon.

For anyone who is finding it difficult to persuade others to hop on the Passive House bandwagon and is fumbling to explain why Passive House is fundamentally better than homes built to less rigorous standards, this lesson in simplicity is one to take to heart. 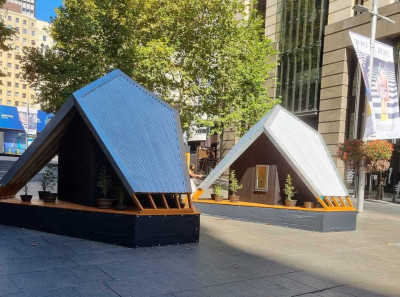 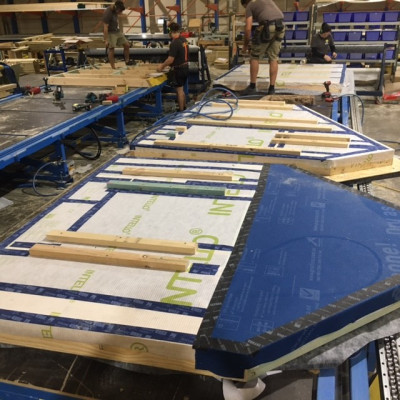 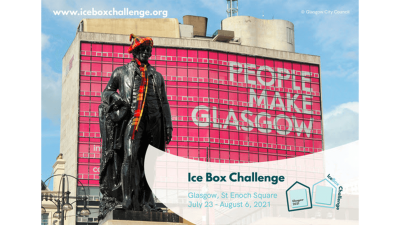