The Waring School is an independent school for students in grades 6-12 that sits just outside of the town of Beverly, a North Shore community about 20 miles northeast of Boston. Its campus has been located at the same bucolic site since 1976, when the school purchased an estate that contained some woodlands, a pond, and a stream, as well as five separate structures: a main house, barn, farmhouse, greenhouse, and stable and carriage house. Over the years, these structures have been adapted for use by the school.

While most of these buildings continue to stand the test of time, the stable and carriage house began to show signs that it was reaching the end of its lifecycle several years ago. Known around campus as “the School”, It sat within a floodplain and had been subjected to increasingly frequent floods that left the foundation and much of the original structure beyond rehabilitation.

It was clear that Waring needed a new School.

Waring, a liberal arts school with a focus on French language and culture, has long championed environmental sustainability as part of its underlying philosophy and pedagogy. Lesson plans about sustainability are deeply embedded in the science, technology, engineering, and math (STEM) curriculum, and a small group of the school’s approximately 150 students take part in the Waring School Sustainability Initiative, which promotes eco-friendly practices like reducing operational carbon emissions, managing the school’s compost and waste programs, and educating the Waring community about current and potential policies to make the school more sustainable. As just one example, they recently retrofitted all the lighting on campus to LED bulbs.

As a result of their focus on sustainable operations, the Waring community decided that the new School would need to be Passive House certified and raised an astounding $5 million from the community to finance the project. When certified by the Passive House Institute later this year, the new School will be the first academic building in the state of Massachusetts to be recognized for this level of performance.

After reviewing several proposals, Waring decided to partner with OPAL, which has also championed a philosophy of environmental sustainability since it was established. Having a similar ethos to the Waring community and extensive experience with Passive House design, including academic typologies like the University of Chicago’s Warren Woods Ecological Field Station, made for a natural fit.

Based in Belfast, Maine, OPAL had previously been the architecture half of the design/build company, GO Logic, and launched as an independent architecture firm in 2019. As OPAL’s Management Partner Timothy Lock notes, Passive House design has been central to everyone involved with GO Logic and OPAL for more than a decade, largely because they see its use as an ethical imperative and tool to drive down operational carbon emissions in the built environment. According to Lock, the firm’s founding members believe it is “imperative that all buildings be designed that way”. “We made that radical decision that we’re going to draw everything like that, and we’re not going to ask permission,” Lock says.

The new School opened its doors in spring of 2021 and differs from the previous one in several crucial ways beyond its Passive House design. At 12,000 square feet, it is 5,000 square feet larger than the older building. It also contains more classrooms, informal spaces for discussion and independent study, and an expanded auditorium for the All-School Meeting, which has been a staple of Waring’s routine and democratic spirit since its founding 50 years ago.

At the ribbon-cutting ceremony in April, Tim Bakland, Waring’s Head of School, thanked the community for their generosity and participation in throughout the project. “This was really a community design,” he said. “So, thank you to the entire community for being a part of this.”

Construction of the new building also offered many students the opportunity to learn more about the design and construction process. Prior to COVID-19 pandemic, Lock said the firm partnered with teachers in the school’s STEM department and worked didactically with some of the students to introduce them to the principles of Passive House design. The school’s robotics team even created an application that allows users to estimate the total embodied carbon of a building with just a handful of inputs.

While the firm has worked with several academic institutions in the past, Lock finds that it is always rewarding to create didactic opportunities for younger students and to educate them about the principles of Passive House design. “Actually engaging with the students and helping them understand that this is something that you could eventually be doing,” he says, offers them a not only a chance to watch a project go from the design phase to something more concrete, but to see that “there is an end result to all these things you’re learning”.

One of the major challenges facing Passive House designers of high-occupancy buildings is overheating. According to Lock, “Once you get to a higher occupancy, trying to take advantage of direct solar gain is actually damaging to the energy model.”

“All the space-planning strategies we use for single-family [dwellings] are inverted,” he continues. To counteract these solar gains, the team made use of an existing wooded area to provide shade to the building’s south-facing windows. “We used the design as a way to contort the building to ensure we’re getting shading where we need it and don’t have to count on the systems to do it for us,” Lock says. “The design should be able to do it on its own.”

They also designed the building so that the natural light comes in primarily from the north and east. This strategy influenced the location of the All-School Meeting space. By situating it in the northeastern corner of the building, the room is assured to get plenty of indirect natural light without running the risk of overheating.

Thanks to its passive design, the building stays comfortable with appropriately sized active heating and cooling systems. The school relies on a variant refrigerant flow (VRF) condenser and heat pump system designed by LG, while the mechanical ventilation system is a roof-mounted Ventacity ERV. However, Lock stresses that these systems should be seen as secondary, if one is following the spirit of Passive House.

As part of the foundation insulation strategy, the team built a full frost wall, while the above-grade walls are comprised of an 8-inch wood stud wall and 6 inches of continuous insulation outside of the air tightness layer, thereby achieving an R-value of 52. The exterior is a Unilux window and curtain wall system that also includes some punched windows. The roof system has an average R-value of approximately 90 and is made up of wood trusses that are dense packed with cellulose and air sealed on the underside.

Surprisingly, the school only contains three sets of double doors and one single door that leads out from one of the classroom spaces; the relatively small number of students at the school limited the number of required points of egress. Lock notes that doors can be difficult to source for institutional buildings that receive Passive House certification. Finding high-performance, European doors that comply with the Americans with Disabilities Act is difficult, while many doors manufactured in the United States that do meet ADA requirements can adversely impact building performance. OPAL’s solution was to pair domestic doors manufactured by Kawneer with a European glazing system.

To avoid the kind of flooding that had plagued the previous building, the team raised the site of the building and changed the surrounding landscaping to discourage pooling and absorb water downward. The area around the new School now consists of two feet of crushed stone material and permeable pavers. Raising the site of the new School also allows the students to look out from the All-School Meeting space over the entry courtyard and makes the campus feel more interconnected, which was reflected in Bakland’s comments during the ribbon-cutting ceremony. “This place is really about people and place and learning and curiosity and ideas,” he said. “It’s a building about environmental stewardship in a soon-to-be Passive House-certified state. And through its very design, this building is about cross-circulation and, as such, is a building that’s designed to be fully accessible, bridging the two levels of the campus.”

To see the Waring School in person, register for the Passive House Network's 2022 Conference: Passive House For All. They will be visiting the school as part of the Conference Tour on June 18. Register here. 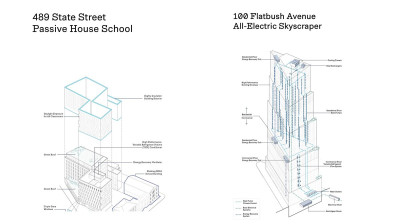 Schools and Institutions (and 2 others)

Passive House Schools on the Horizon 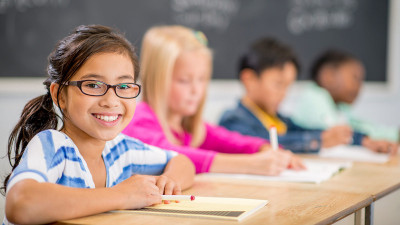 Schools and Institutions (and 2 others) 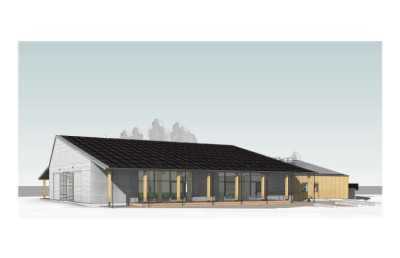