If you ask anyone plugged into the passive building community, “What exactly is passive building?” you will likely get a response about the different design strategies such as superinsulation, airtightness, or management of solar gain. Someone might even tell you that passive buildings reduce energy consumption by about 50-70 percent, or that they reduce the peak space conditioning loads to allow for a smaller mechanical system, or they are very quiet. You might even get a mention of what are sometimes called tertiary benefits, such as indoor air quality or comfort.

Tertiary benefits are hard to quantify, but add real value to the occupants, and tend to sell some naysayers on the concept of passive building. Passive survivability—or thermal resilience—is one of these benefits. In a world of uncertainty about the reliability of the energy grid and future weather patterns, this thermal resilience benefit is one that will likely become more critical and might even be one of the more useful and accurate metrics of passive building—for both new builds and retrofits. Indeed, we at Phius believe thermal resilience is a good guiding principle for deciding how much to invest in retrofitting building envelopes, in addition to “just” electrifying and decarbonizing their energy supply.

The context of the current work being done on thermal resilience at Phius is as a framework for planning retrofits. As mentioned previously, thermal resilience builds in value and safety for occupants, and appears to be a good metric to decide how much envelope retrofit needs to happen. This research will roll into Phius’ REVIVE Pilot program, where the thermal resilience analysis would function as a hard requirement for a proposed retrofit.  The proposals that pass the resilience test will then be evaluated based on a full cost accounting, and the options with the lowest life-cycle impact and cost to society (including a cost of carbon) should be the ones selected. The program will also be based on a commissioning process to ensure quality results, with on-site testing and evaluation, and will support phased retrofits. Existing deficiencies such as water leaks, radon, or pest infestations—anything threatening to indoor air quality—should be corrected. Vulnerabilities to site hazards such as wind, wildfire, or seismic events should also be reviewed and addressed as appropriate.

With that context in mind, we set out to better understand the relationship between passive building strategies and thermal resilience by further developing a modeling protocol to assess building designs on thermal resilience. Previous modeling had been done using WUFI Plus as the primary dynamic modeling tool. However, this new protocol was developed for EnergyPlus to allow for scripting integration and the detailed modeling of mechanical equipment. The LEED pilot credit for passive survivability, through the work of Alex Wilson at the Resilient Design Institute, had some modeling protocol outlined, using an extreme week from the typical meteorological year (TMY) weather file for a heating or cooling outage, and looking at standard effective temperature (SET) hours as a key metric for grading a design.

The concept depends basically on the number of degree-hours below or above an indoor threshold temperature. More specifically, ASHRAE 55-2010 defines SET as “the temperature of an imaginary environment at 50% relative humidity, <0.1 m/s [0.33 ft/s] average air speed, and mean radiant temperature equal to average air temperature, in which total heat loss from the skin of an imaginary occupant with an activity level of 1.0 met and a clothing level of 0.6 clo is the same as that from a person in the actual environment, with actual clothing and activity level.” This set of conditions seems to us a good measure for the limits on hypothermia, and it also seems reasonable for the occupants to bundle up to 1.0 clo during a winter outage.  As in the LEED pilot credit, a threshold temperature of 54°F (12.2°C) was used. But, to respond to the concern of pipes freezing and physical damage being caused to a building, we added a limit to the protocol of zero hours below 2°C.

For a cooling outage, ASHRAE’s SET hours seem to be more aimed at a comfort setting rather than an accurate assessment of risk of hyperthermia and heat stroke, so heat index was chosen as the primary metric for summer resilience. Further research and literature review on human physiology and effects of the thermal environment still need to be done.

As often happens in high-performance building design, turning one knob on the design has unintended consequences elsewhere. Airtightness has been proven to be a great strategy of keeping heat in, but an airtight residence also retains a lot of carbon dioxide, and in a week-long outage for four occupants in a three-bedroom detached house, CO2 levels could reach 20,000 ppm in the Phius-level case. The previous modeling protocol was tweaked to allow for cracking a window for some ventilation; however, this made the indoor dry bulb temperature drop drastically. To solve this problem, a battery backup ERV or HRV running at five cubic feet per minute per occupant will maintain satisfactory CO2 levels of below 2,000 ppm.

In the winter outage case, the occupants are assumed to be wearing 1.0 clo of clothing with an activity level of one metabolic rate to account for an average of occupants relaxing and moving around, essentially completing basic household tasks during the outage. An air speed of 0.1 m/s (2.2 mph) was applied to account for some draft or convective air movement in the house. The occupants are assumed to be home during the entire outage. The same protocol applies to the occupant during a summer outage; however, the clo level is reduced to 0.3.

These early analyses use the U.S. Department of Energy (DOE) prototypical single-family detached house, which is a 2,200 gross-square-foot house with approximately 14% window-to-wall ratio on all sides. It is assumed currently that the front faces south.

The different assemblies of the building were assigned in packages, based on a forthcoming report from the Advanced Building Construction Collaborative. Package 0 was the base house as is, while Package 1 includes mechanical upgrades and electrification. Package 2 uses a “market ready” retrofit solution involving some basic air sealing, 1 inch of exterior foam insulation, low-e storm windows, and an attic that is insulated to meet IECC 2021 levels. Package 3 is a full retrofit to IECC 2021, while Package 4 is a retrofit to Phius 2021 CORE Prescriptive. See Table 1 for details.

Using a new software “tool” currently being developed in house at Phius, EnergyPlus input files were written and run. The tool collected data and generated graphs of the outages, plotting space dry bulb temperatures versus the site dry bulb temperature. Relative humidity was also plotted. Looking at Figure 1, the fully passive retrofits outperform the other cases in terms of heating resilience, which would confirm anyone’s hypothesis of the cold climate performance of passive buildings. However, the full retrofit including sub-slab insulation did not retain heat as much as the one with no insulation under the slab. This result is because the stem wall insulation keeps the earth under the building warm and uses it like a large thermal mass. When the temperature of the indoor space drops below the ground temperature, the flow of heat changes direction into the house. This is good news for the retrofit market where adding insulation under the slab is nearly impossible.

Looking at Table 2, the IECC 2021 level of retrofit has no hours below 2°C and a mere 24 SET-hours. This would be an acceptable solution for this house in Chicago, Illinois.  For the LEED credit the limit is 216 SET-hours for the week; the market-ready envelope package fell a bit short of this and the freezing hours as well.

This modeling analysis demonstrates the thermal resilience capabilities of passive buildings.  Future work is still to be done in further development of software tools to analyze thermal resilience for specific building projects, including multifamily buildings where the dwelling units have different exposures.  The use of rooftop PV to run active cooling during the daytime is being investigated, as is evaporative cooling for use in hot-dry climates. Weather conditions more stressful than those in the TMY extreme weeks are of interest, but so far there are data quality issues with both recent-historical and future climate data.  With such a tool in hand, we could then run a broad-reaching parametric analysis to develop a more prescriptive form of design guidance for resilience in various climates.

As alluded to previously, the context here is retrofit: the electrification and decarbonization of existing buildings. In this article we have not discussed the costs or embodied carbon of retrofits, and their influence on retrofit planning. However, the general idea for Phius’ REVIVE Pilot retrofit program, which is under development, is that these should be minimized, but subject to achieving some consistent level of resilience.  Stay tuned!

Graham Wright is the senior scientist and Al Mitchell is technical staff at Phius.

Graham Wright earned his Ph.D. in Electrical Engineering at the University of Illinois in 1993. After a 10-year career in the printing indus...

Al Mitchell joined the Phius team in July 2020 to aid in technical capacities, ranging from research to project certification. He holds degr... 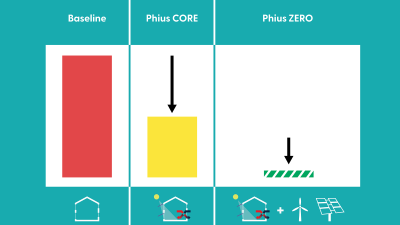 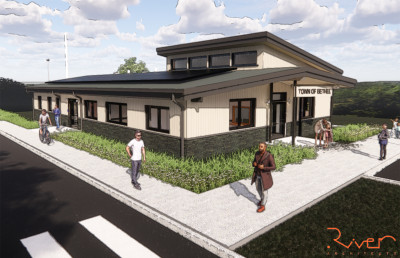 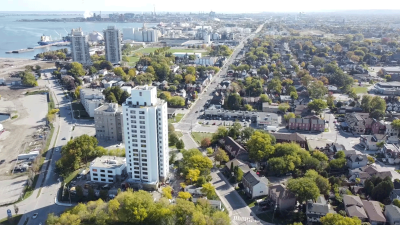 Are deep energy retrofits the key to decarbonization?