In the heart of the Finger Lakes, in Canandaigua, Timber Trails Forest Farm is set to produce New York State’s first net-zero carbon emissions maple syrup this 2023 season in their new, state-of-the-art, all-electric facility. Through the assistance of the 2021 Carbon Neutral Communities Economic Development (CNCED) program administered by the New York State Energy Research and Development Authority (NYSERDA), energy will be created on site by photovoltaic systems to both produce maple syrup and power the facility’s processing equipment. The investment in this project shows New York’s ramp-up to reduce energy emissions in buildings across all sectors and throughout the state. This innovative, high-performance project will serve as a beacon for Central New York and the agricultural community, as well as the feasibility of applying clean energy technologies across many different building types, industries, and uses.

The 4,000-ft2 Timber Trails facility will replace the operation’s more conventional, 425-ft2 facility (more familiarly known as a “sugar shack”), which has been in operation since co-owner Cody Koch started tapping maple trees on the property in 2010. At the time, Koch conceived of an expansive and sustainable operation based on permaculture farming methods, but it wasn’t until ten years later that he finally began construction on the new facility, which was divided into two phases: erecting the timber-frame barn, and then outfitting it with the components that will allow it to be the first all-electric maple syrup facility. Koch says that the 2021 CNCED grant helped finance the second phase, which will also allow the company to participate in a case study on the cost differential between maple syrup produced via conventional methods compared to only electricity.

While maple syrup production is just one component of Koch’s larger vision, the construction of the new facility is a major milestone in Timber Trail’s growth. It also embodies Koch’s dedication to sustainable agriculture. In addition to designing the Timber Trails facility (Koch’s academic background is in architecture), Koch is also the builder on the project. Koch is employing several techniques inspired by Passive House construction that he learned while consulting on and helping to build a Passive House home and barn in nearby Bristol, New York. Though his facility will not be certified, Koch is still abiding by the five fundamental principles that are central to Passive House design and construction: super-insulated envelopes, airtight construction, high-performance glazing, thermal-bridge-free detailing, and heat recovery ventilation. He also oriented the building in such a way to maximize southern solar gains in the winter and to minimize them in the summer. Moreover, Koch’s work demonstrates that Passive House is an easily scalable and replicable design and construction method, including in the agricultural sector.

While Passive House construction typically relies on sourcing high-performance building materials that can be prohibitively expensive to many homeowners or independent builders, Koch found that he could achieve similar results with repurposed and recycled components. Koch even hoped to “grow his insulation” using hemp from his farm and may eventually add a combination of hemp fibers and cellulose to the roof to improve future performance.

The R-values of the roof range from 50 in the wings to 70 in the main hall, while the walls have an R-value of 33 and are of 2x6 construction with 4 inches of insulation with a Solitex Mento house wrap. Many of the windows are double-pane, 1-inch commercial glass that were obtained second-hand after the original buyer discovered they weren’t the right fit, and a lot of the finishes throughout the building are salvaged and local materials. In addition to cutting costs, prioritizing these materials also helped reduce carbon emissions associated with extraction, transportation, and construction without sacrificing envelope tightness.

Achieving airtight construction is a key aspect in achieving a clean and resilient building. Airtight construction provides minimal air infiltration, which prevents heat loss, increases the efficiency of the building, and helps to maintain a comfortable and reliable indoor temperature for a longer period in the event of a power outage. When combined with mechanical ventilation and filtration, airtight construction also provides superior indoor air quality for those occupying and working in the space. Superior indoor air quality has been tied to more comfortable, healthy, and productive conditions within the building by bringing in fresh, filtered air while removing dust and allergens.

Changing How the Syrup Gets Made

Creating maple syrup from ample sap is a two-step process. The first step is to remove 50% to 87.5% of the water through the process of reverse osmosis. Using resistive heat and three-phase motors, electricity is converted to steam and then pressurized to be pumped back through condensing tubes in the sap to transfer the energy from the steam as it condenses to water. The hot water is then used to preheat the incoming sap. This process removes water from the sap, resulting in one gallon of finished maple syrup for every 40 gallons of sap.

Until recently, the process relied heavily on combustion sources such as biomass and fossil fuels, requiring three to four metal exhaust pipes to penetrate through the roof for steam and carbon-emitting exhaust, which contributes to heat loss. However, the Timber Trails facility will utilize Dominion & Grimm’s innovative Eco-VAP Electric Evaporator Matrix technology, which does not require air for combustion and does not produce steam that needs to be vented through an exhaust system. This eliminates the need for large holes through the roof of the structure and allows for the construction of a completely different building envelope. It also means all equipment will be contained inside the building, and the only byproduct from production is tempered water that then enters a clean, closed loop water system. In addition to reducing the costs associated with more conventional and energy intensive approaches, the Eco-VAP water management system’s tempered water will contribute to additional energy savings by melting snow and lowering the demand for heating from the HBX geothermal system that relies on a closed-system pond ground loop and radiant floor tubing. This system conditions not only the portion of the building where the syrup gets made, but the commercial kitchen and a large, multipurpose space utilized by employees during peak production or as a private event space during the off-season.

When the machine fires up for the 2023 season, Koch will be tracking its energy use to see if it performs as the manufacturer claims. According to Koch, the goal is for NYSERDA “to gather data so that when they do try to implement decarbonization programs they can say, ‘Hey, we do have viable options’.”

Since the discovery of electricity, science and society has continued to evolve the way this versatile source of power is used. Access to energy is central to issues such as security, climate change, food production, and strengthening economies while protecting ecosystems. Increased access to electricity improves education, entertainment, health, comfort, protection, and productivity. To be responsible stewards of the economy and the environment, our future homes and workplaces will need to be built with efficiency in mind and rely on renewable energy sources.

Through the capture of solar and geothermal energies, 100% of the energy used within the Timber Trails facility will be offset by renewable energy to result in net zero energy performance. At Timber Trails, the production for one gallon of maple syrup will cost 2.85 kWh, and it will be possible to replace the production power through renewable energy generation and achieve net-zero energy facility performance.

Additional benefits of equipment that use electricity is the ability to automate the communication between pieces of equipment for a highly efficient and safe process. These processes will continue to improve operations, productivity, reliability in product, economic development, and overall return on investment for Timber Trails.

Lowering energy consumption, generating onsite power, and achieving a consistent product are the main goals at Timber Trails Forest Farm. Producing syrup that is the same from day to day or season to season from thousands of gallons of sap can be a challenge. However, with the use of new and more efficient technologies, automated sensors, and networking between the equipment, a product that reaches Timber Trails’ high standard of quality can be achieved every time. In addition, relying on Passive House building methodologies and onsite renewable energy ensures that Timber Trails can produce syrup that is not just sweet, but sustainable too. 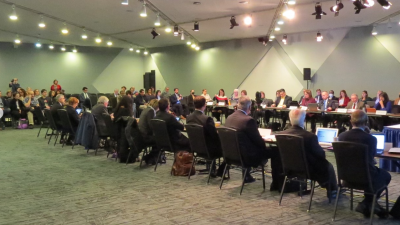 Climate Action/Energy Transition (and 2 others) 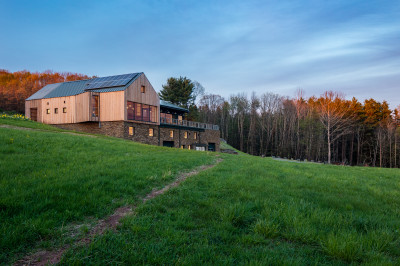 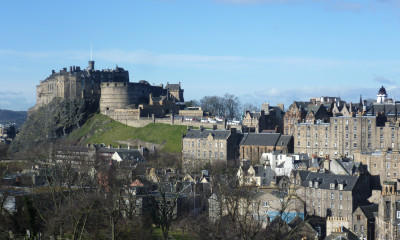 Scotland to Require New Homes Be Built to Passivhaus Standard