In the run-up to this week’s Passive House Canada Summit (Dec 8–10), Passive House Podcast co-host Zack Semke interviews Vancouver-based Cillian Collins about his path to Passive House, the groundbreaking Passive House projects Cillian has in the works, and the Passive House educational programming on tap at the Summit. (Registration for the Summit is open until 12pm Pacific/3pm Eastern today, Monday, December 7.)

Cillian is a Senior Architect with Perkins&Will Architects and a Certified Passive House Designer with over 10 years of experience across a range of project types, including Passive House projects in Canada and Ireland. He’s also Chair of the Passive House Canada Education Committee, giving him an insider’s view of the upcoming Summit.

With Perkins&Will, Cillian is involved in a number of Passive House projects at varying scales, from a stunning off grid mass timber cabin to a large scale university student housing project, both of which he and Zack discuss in this episode. Cillian also spoke about the opportunities and challenges around address embodied carbon in high performance buildings, and shared takeaways from Perkins&Will’s primer, “Embodied Carbon in the Built Environment.” 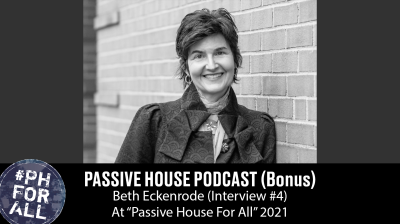 Bonus Episode: Beth Eckenrode at "Passive House for All" (Interview #4) 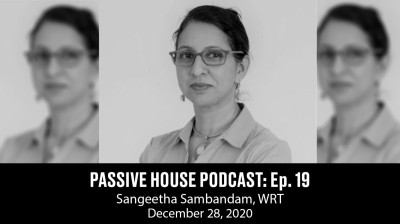 Affordable Housing (and 3 others) 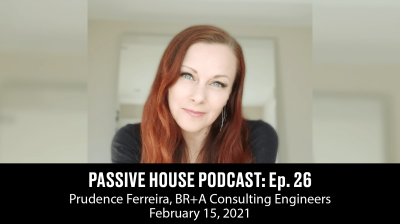