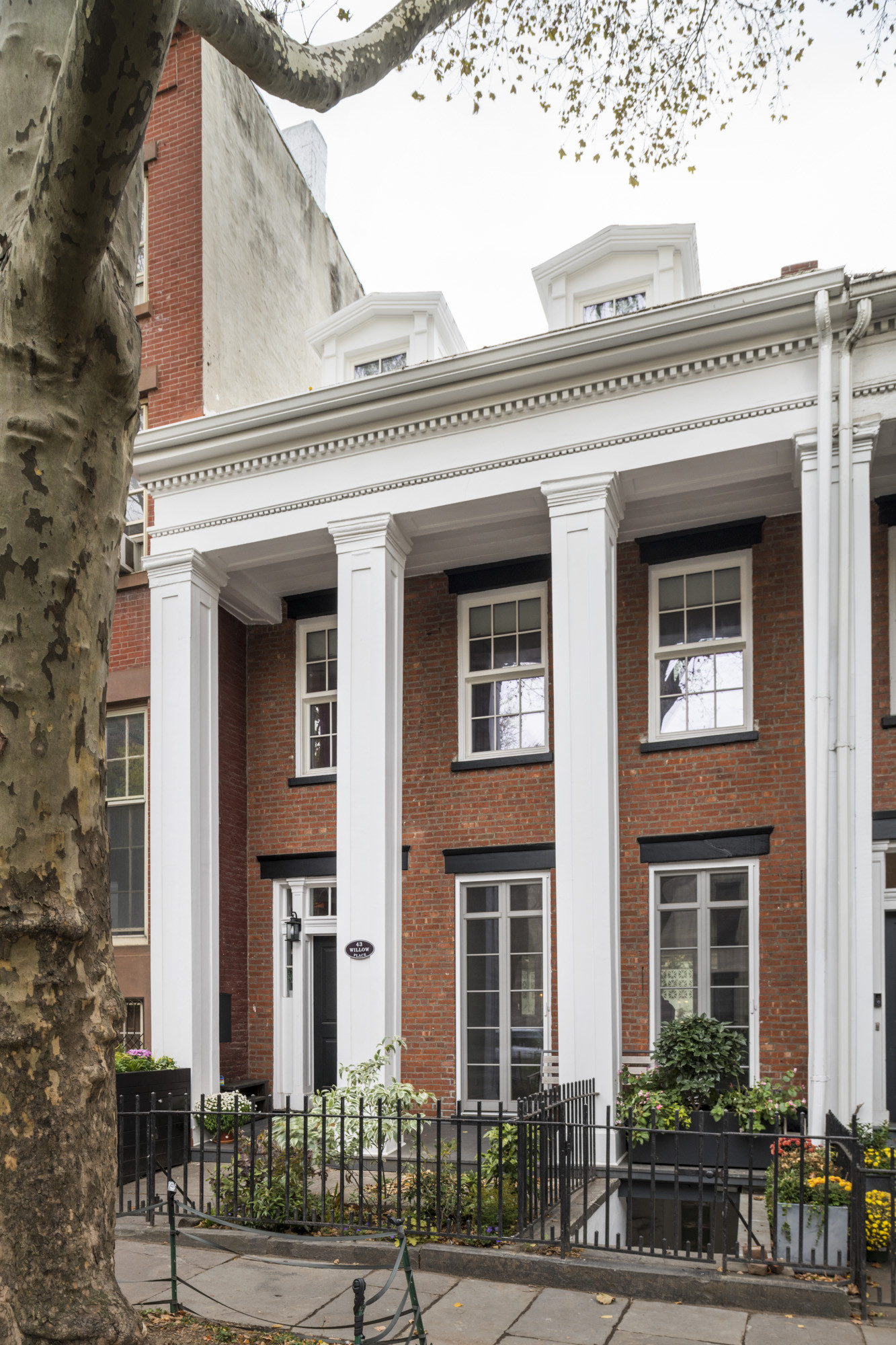 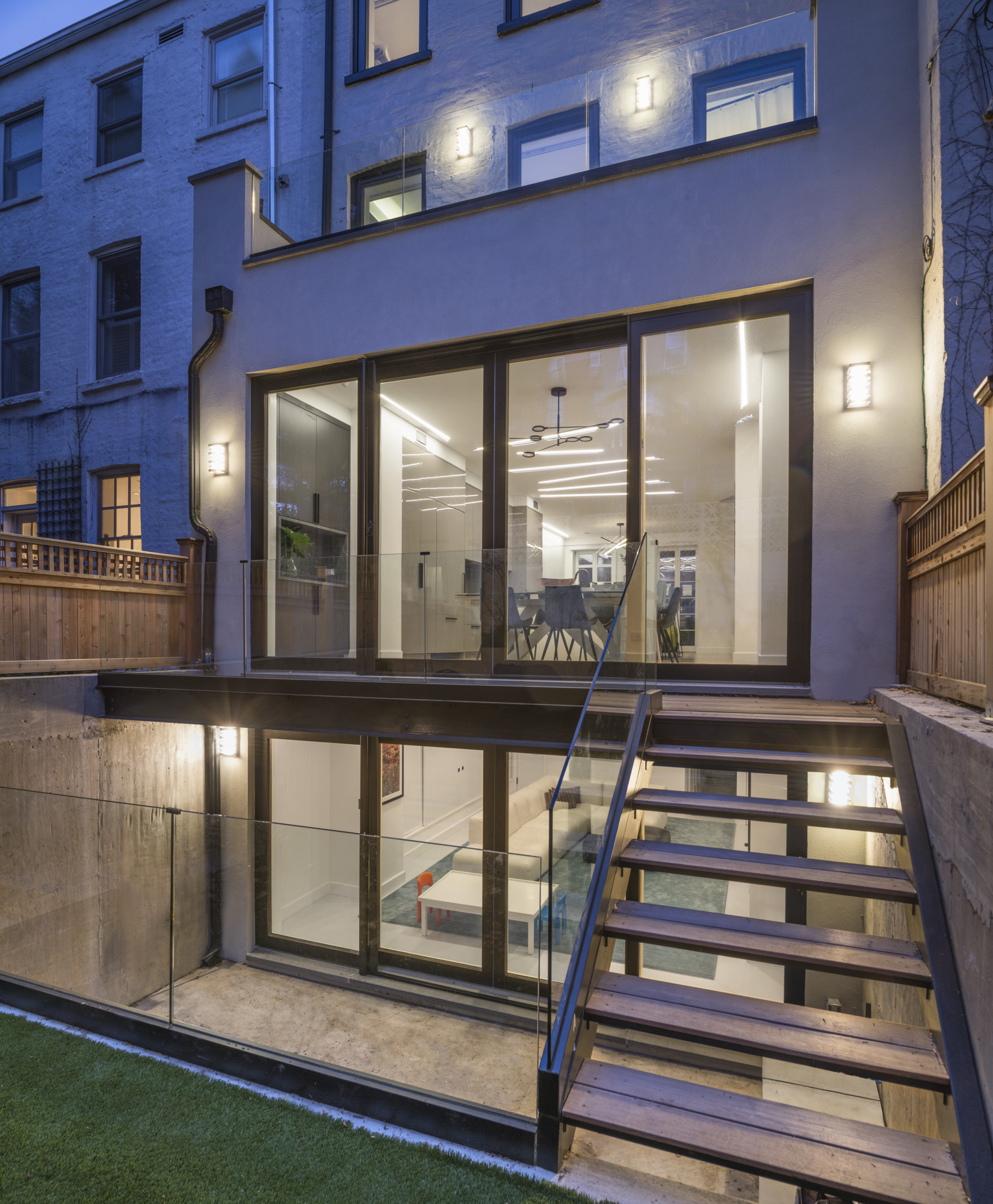 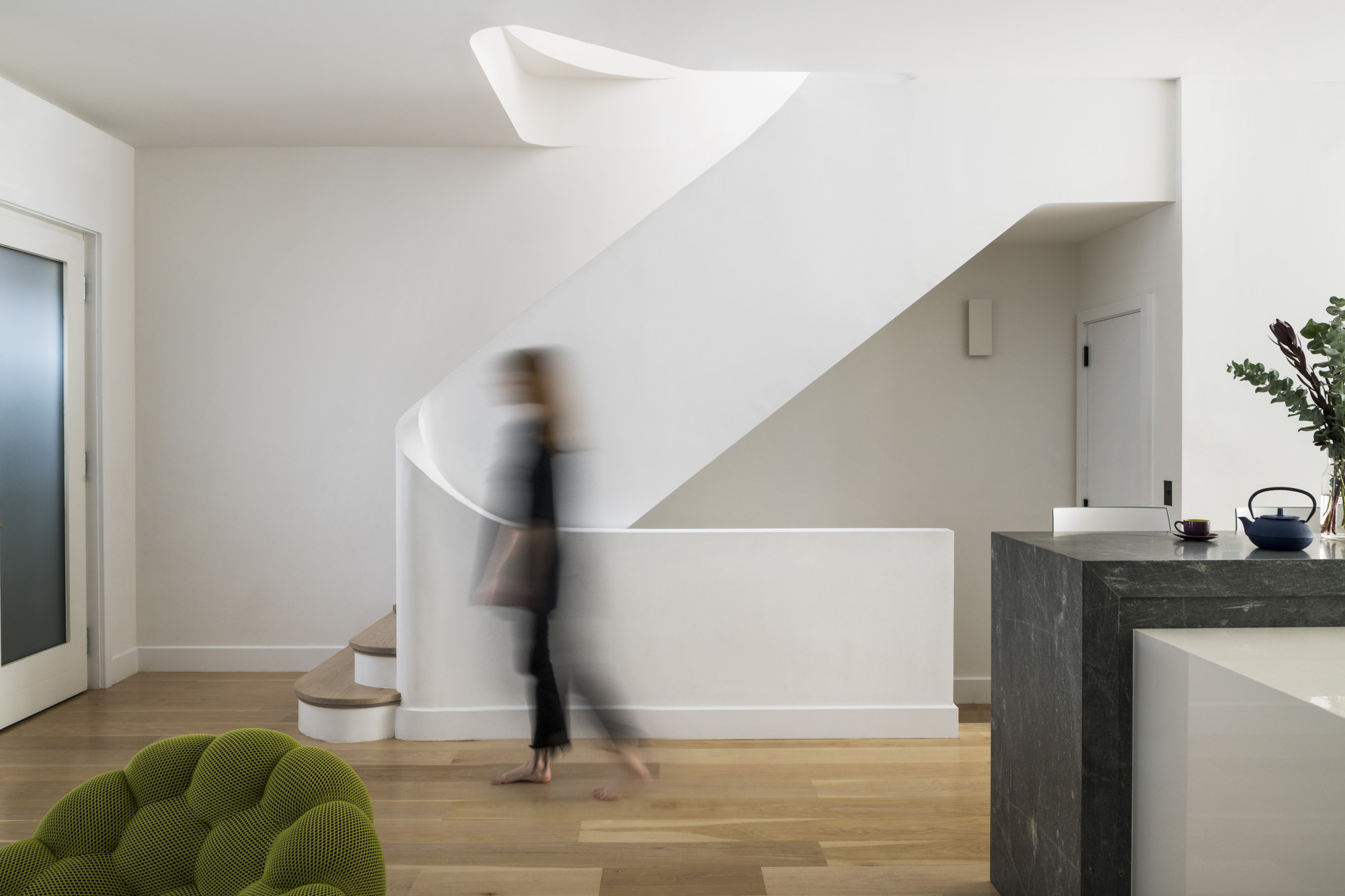 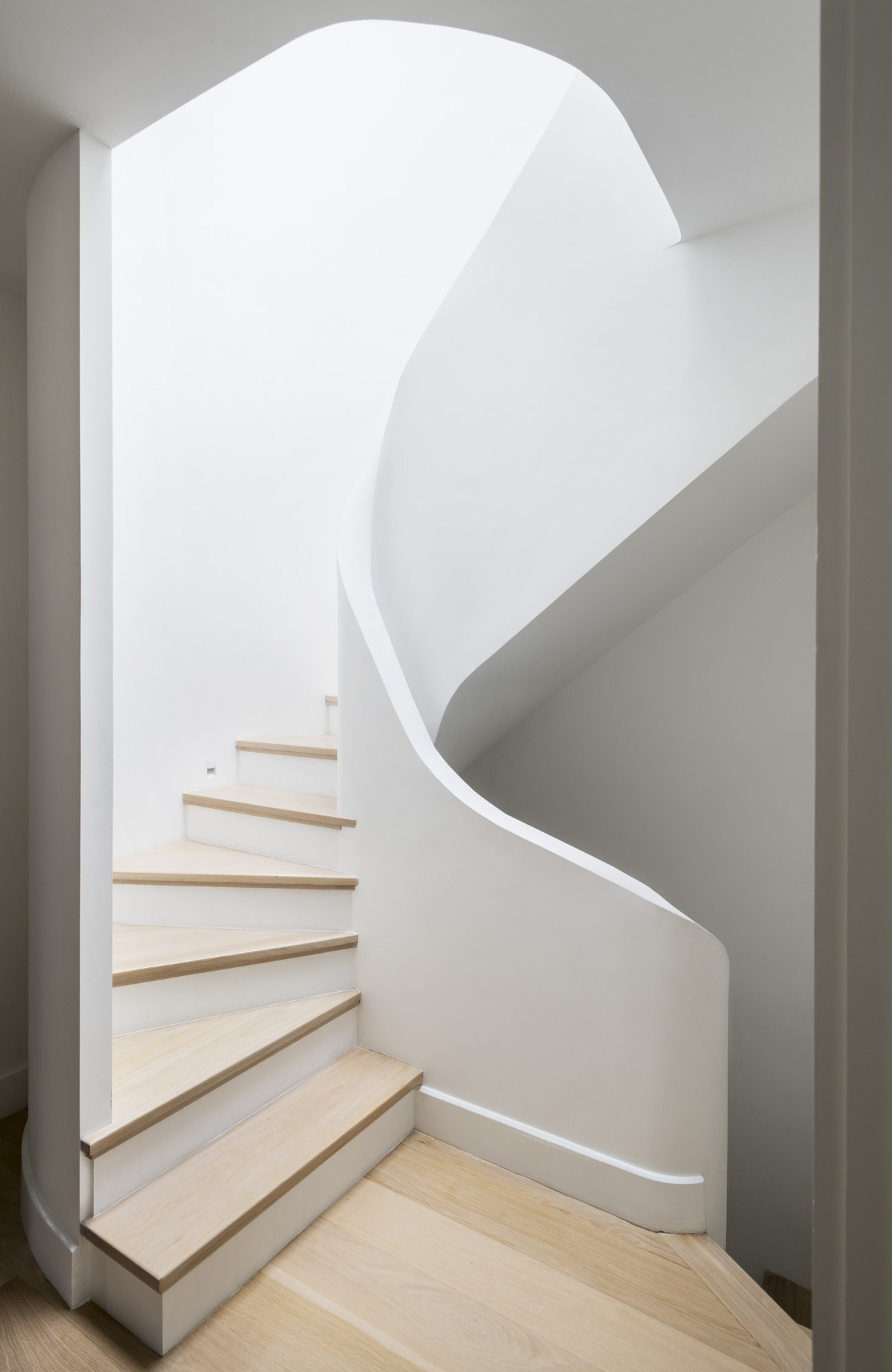 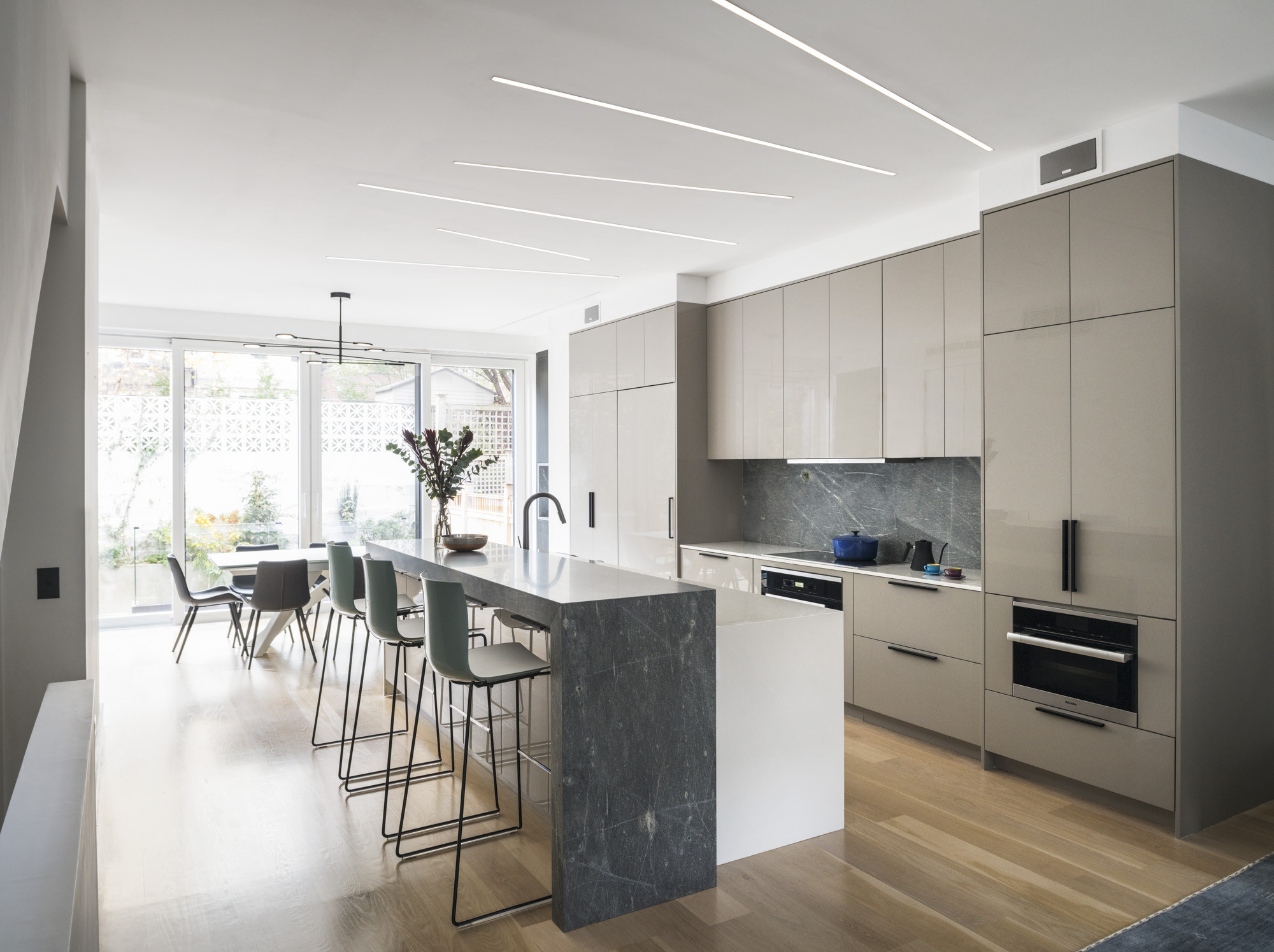 We were extremely excited when the Owners of this historic Colonnade rowhome, one of the last such homes in Brooklyn, approached us. The home was in dire need of restoration, and its Owners were among the first clients to come to us in search of a Passive House.

Working with the NYC Landmarks Preservation Commission, we were able to create a two-story rear extension which both honored the historical context of the building and provided space for a kitchen, dining room, and den. An eight-foot cellar dig out allowed light to pour into the space, creating a living space which does not feel underground. The tiered rear yard connects to a four-foot deck off the main level, connecting the two lower levels into one cohesive space.

The front façade’s main floor windows were converted back to French doors to match the neighbors, and all new windows by Ikon finished the exterior work. A large skylight pours light down the sculptural stair in the center of the building all the way down into the cellar. The existing dormers received a much-needed facelift, allowing for two front bedrooms; this brought the total number of bedrooms inside the house to four. A new kitchen and bathrooms by Pembrooke and Ives rounded out the renovation.