The program Colorado Voices airs on the PBS affiliate Rocky Mountain Public Media and regularly provides a platform for a diverse range of Coloradan voices. Some of the topics explored by the program include addiction, poverty, pride, the arts, climate change, and the effort to rebuild after last year’s Marshall Fire. Recently, two separate episodes have focused on the benefits of Passive House design with respect to cutting utility costs, improving indoor air quality, and building more resilient communities.

One program on the latter subject focused briefly on Caitlin Auyer’s decision to build what will be the first Passive House in Colorado Springs. Auyer’s interest in Passive House design came from flipping older houses within the area. As she and her partner renovated these homes, Auyer explains, they were able to see firsthand the terrible building practices and figurative Band-Aids that homeowners had used to improve their home’s performance. This gave them a greater appreciation for building science while also getting them interested in Passive House. Auyer was also attracted to Passive House because she suffers from allergies and recognizes that building a home with continuous supply of filtered air will give her some relief.

Once her and her partner found an appropriate property, they approached Passive House designer Andrew Michler, who has been developing and designing Passive House projects for the past eight years. In fact, he built first Passive House in the state of Colorado near Fort Collins.

Working with Michler, as well as Bronwyn Barry of Passive House BB, the Auyers created a multigenerational home that split into two distinct living spaces. Meanwhile, the construction utilizes prefabricated panels manufactured by Collective Carpentry, which is based in Invermere, British Columbia.

This drastically reduced construction time, according to Auyer. “It goes super fast,” she says. “The crane operator just lifted up wall by wall and set it into place. They had it all planned out ahead of time and knew what went in. It went in so fast and so easy.”

The panels come equipped with insulation, are outfitted with weatherization for the exterior, and rely on the Pro Clima airtightness system, which is provided by Passive House Accelerator Founding Sponsors 475 High Performance Building Supply. Additionally, the panels are designed to minimize embodied carbon by, among other things, utilizing cellulose insulation. As Michler explains, cellulose is just shredded newspaper. In addition to its low level of embodied carbon, it also performs extremely well, and is affordable. “It’s kind of the best of all worlds,” Michler says.

You can watch the entire episode here:

Building Back Passive After the Marshall Fire

In terms of structures lost, the Marshall Fire was the most destructive in Colorado’s history. What started as a grass fire on December 30, 2021, in Boulder County quickly led to the destruction of 1,084 buildings and two deaths. For some of the people who have lived through the experience, they note that they aren’t in extremely rural areas or up in the mountains. Many who lost everything lived in suburban communities with fire departments and fire hydrants. However, given the aridification occurring in Colorado and the unfortunately strong winds that day, what should have been a minor tragedy turned into a calamity.

This episode of Colorado Voices focuses exclusively on how Passive House is playing a role in the rebuilding of communities affected by the fire:

For Megan Monroe and Brian Fuentes, who live in unincorporated part of the county and lost their home to the fire, their decision to build a Passive House on the site of their previous home is fitting given their background. The two have worked the last 20 years as architects and designers to produce houses that are all-electric and contain onsite renewables. Additionally, Fuentes Design, their firm, is one of the earliest adopters and promoters of Passive House in Colorado. In fact, Brian attended one of the first Passive House trainings ever held in North America.

Kasey and Kevin Lombardo of nearby Louisville have made a similar decision, though the inspiration to build a Passive House came from one of their young children, Miles, who wants to do his part to save polar bears from extinction. “We have an opportunity here to build back something really amazing,” Kasey says.

“Passive House is all about being super efficient and not wasting anything,” Fuentes says. “Essentially, you’re using the heat from people, computers, lights; that’s what’s heating your house most of the time,” he adds. “There’s no heating system required except for in the most extreme conditions.”

Fuentes notes that the benefits of high-performance homes like Passive Houses are not solely about curbing emissions; it’s also about indoor air quality. “Every three hours your house is bringing in new air, but it’s not coming in from random places. It’s coming through this filtration system.” Even if there is a massive wildfire nearby that is producing significant amounts of smoke, you can still get fresh air in your home.

This can result in significant savings, according to Mark Attard. Attard is Operations Manager for Hammerwell, a Boulder-based company that builds custom homes and specializes in Passive House construction. He also lives in a Passive House home that was luckily spared by the fire, though it was engulfed in smoke for more than 12 hours. Unlike many of his neighbors, however, Attard’s house did not experience smoke damage.

“I was able to walk into the house and not smell any of that smoke,” he says. “I was able to turn on my whole-house ventilation system and sit in my house while there was still a tremendous amount of smoke around in the area and live in our house the day after.”

Attard’s neighbors, conversely, had to seek out contractors to fix smoke damage. Some had to rip out drywall, replace insulation, throw out furniture, and find another place to live while the remediation was taking place.

“There’s a synergy between high performance and fire resilient design in buildings,” says Andrew Michler. There’s also a great deal of similarity between a house fire and a campfire. Both need kindling to start. Consequently, when building for fire resilience, Michler tries to reduce the small points that allow a fire to get into a building.

For example, if there are areas near a house where dry grass or pine needles accumulate, the cladding should be made of metal. The wall can then be reinforced with fire-proof insulation. Michler also notes that he regularly uses Hardie board. The fiber cement siding is more of an investment, but it is extremely durable and fire resistant.

“The more protected each house is from fire, the more the entire neighborhood protects itself from fire,” Michler observes, since each vulnerable house becomes additional fuel for the fire. This is true even in suburban areas, where there is more space between homes. The right conditions can lead to a kind of domino effect.

Michler is not alone in recognizing the benefits of design extend beyond the individual homeowner—Xcel Energy, a utilities company that serves the area affected by the fire is, too. On top of making buildings more resilient to fire, incorporating Passive House design can make energy grids more resilient. Consequently, Xcel Energy is offering residents who lost their homes in the fire are eligible for incentives of $37,500 to rebuild to Passive House standards. For those building new homes in the area affected by the fire, the Passive House incentive is $15,000.

As this episode of Colorado Voices reveals, smarter building practices and more resilient design can offer greater protection to homeowners and communities as they adapt to drier, hotter, and windier climate conditions. 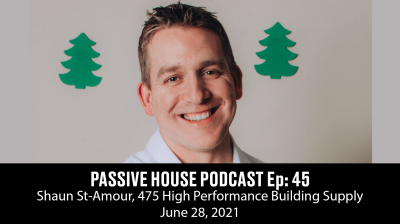 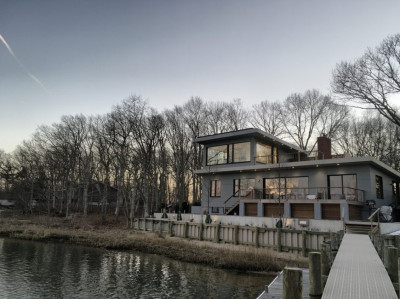 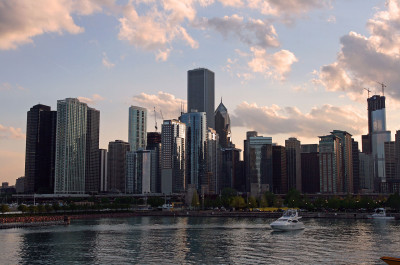