Earlier this year, Glavel opened their Saxon Hill facility in Vermont. It is here that Glavel produces foam glass gravel made from recycled glass that is ground to the consistency of baking flour, and then combined with glycerin and sodium silicate. While the process to create the aggregate can be modified to generate products of varying textures and densities, Glavel has settled on a lightweight aggregate with an R-value of 1.7 per installed inch.

Builders typically use foam glass gravel while working on foundations. It can be used in the drainage layer beneath a structure’s slab, and it can replace the four or five inches of rigid foam that serve as sub-slab insulation. “It’s a two-for-one solution,” Glavel founder and CEO Rob Conboy said in a recent interview with Passive House Podcast cohost Zack Semke.

Moreover, unlike rigid foam (either extruded polystyrene (XPS) or expanded polystyrene (EPS)), foam glass gravel’s performance does not degrade over time. As Conboy notes, exposure to water can break down foam insulation. It can also be chewed up by insects or rodents who may nest in the material. Neither is a concern with foam glass, as it withstands erosive forces better than other materials and it is not a welcoming environment for pests. The material will be stable for decades, which translates into consistent performance.

While foam glass has always attracted members of the high-performance building community because of its insulating properties, many are now turning to foam glass because they are concerned with upfront carbon and hope to reduce or eliminate the use of any material that is petroleum based. As Conboy noted, removing carbon from the manufacturing process is at the forefront of the business model. Glavel’s plant in Essex, Vermont is the first plant of its kind to have an electrified kiln that produces foam glass gravel with renewable energy.

“It was critically important to have that commitment early on,” Conboy said. “It’s wonderful to have the commitment around the environment and knowing that we couldn’t start the company by burning more carbon and contributing to the carbon load.”

As Glavel is based in Vermont, the electrons are nearly carbon free. Additionally, Conboy said Glavel plans to enter into an agreement with Green Mountain Power, their utility company, to offset any non-renewable sources of energy with renewable energy in the future. The agreement will be based on a three-way partnership with Glavel, the utility company, and the firm Sunrun, who are building a 30-acre, 5-MW project in Vermont. “Hopefully by this time next year, we'll be able to announce that we are in fact a hundred percent renewable, not just carbon free.”

In addition to electrifying the core manufacturing processes at the Saxon Hill facility, Conboy says they are looking into ways to change how they handle and transport materials within their facility by electrifying loaders and telehandlers. For Conboy, he notes it’s important they never sit on their laurels and to always look for innovative ways to make manufacturing less carbon intensive.

Glavel has also found ways to promote social justice by working with the organization Working Fields, which connects Glavel with job candidates who have been previously incarcerated. For Conboy, providing these kinds of opportunities is an integral part of their business. Those who have been previously incarcerated oftentimes struggle to find steady employment and economic independence, and this lack of stability frequently results in recidivism. “Actually being part of the solution and helping to break that cycle of incarceration is critically important,” Conboy said. “It pays so many dividends, too. We couldn’t be more happy with that commitment.”

Though Glavel remains firmly rooted in Vermont for the time being, they hope to expand operations in the future. Conboy notes that there are three sites in development; a key criteria for site selection centers on a commitment to using the cleanest electrons available. Still, people from outside of the Green Mountain State who are interested in seeing the product firsthand can request sample boxes through Glavel’s site. Furthermore, Glavel has partnered with Burlington-based Engineering Ventures to offer help to clients nationwide who are struggling with difficult details or soils. “We have a phenomenal partner in Engineering Ventures to help our customers work their way through any details.” 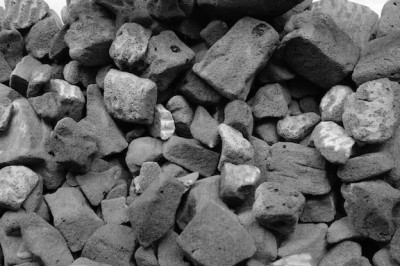 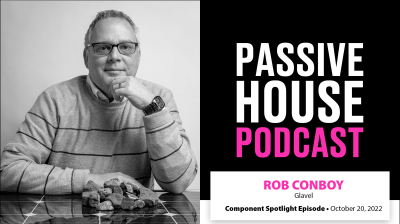