Putting Passive House in The Loop

Though Mattapan Station is located in one of the southernmost communities in Boston, it serves as the most vital transportation hub for Mattapan and several south Boston neighborhoods. It’s the terminus of the Mattapan-Ashmont trolley line, which is an extension of the Massachusetts Bay Transit Authority’s (MBTA’s) red line, and is a major node within the MBTA’s bus system. In addition to its transit connections, the hub services multiple transportation modes, allowing easy access to the Neponset Trail, a multiuse path that follows the Neponset River as it snakes through the city’s southernmost neighborhoods. The station is also a block away from Mattapan Square, a thriving commercial center that provides local services to the area’s growing immigrant communities from Africa and the West Indies, particularly Haiti.

While much of Mattapan is seeing a surge in new residents, the property directly across from the station has long been home to an underutilized, 2.57-acre parking lot primarily for MBTA workers. For years, only around 20% of the more than 240 spaces were occupied on a typical weekday, meaning that it housed less than 50 cars and more than a football field’s worth of chronically unperturbed pavement. Recognizing that the lot was oversized and that there was and will continue to be a need for transit-oriented affordable housing in Boston, the MBTA issued a request for proposals in 2015 for a developer to make better use of the site. The winning bidders, the Preservation of Affordable Housing (POAH) and the Nuestra Comunidad Development Corporation, have since partnered with MassHousing and the City of Boston to create a mixed-use, mixed-income podium building known as The Loop at Mattapan Station (The Loop).

When completed in the summer of 2022, The Loop will consist of approximately 171,000 gross square feet that will include just under 160,000 square feet of residential space and 11,648 square feet of retail space, as well as 50 parking spaces reserved for MBTA commuters and 35 for building residents and visitors. The building will allow for a diverse mix of residents, as it will consist of six studio, 38 one-bedroom, 81 two-bedroom, and 10 three-bedroom apartments, and they will be able to enjoy amenities such as a club room, a fitness room, a lounge, and laundry facilities on each of the upper floors.

All 135 units in The Loop will be reserved for households making less than 100% of the area median income (AMI), which was defined as $120,800 for a household of four in Boston in 2021. The breakdown will be:

This allotment is a significant departure from the plan that was approved by the Boston Planning & Development Agency (BPDA) in 2018, which stated that only 69 units were going to be reserved for households making 60% of AMI or less. In addition to making the building open to a more economically diverse group of people, when construction on The Loop began in 2021 the plans by the design architect, MASS Design Group, had undergone significant modifications by the architect of record, The Architectural Team (TAT). Instead of only pursuing LEED, the entire residential portion of the project had been tweaked and would be aiming for PHIUS+ 2015 certification.

According to Brad Griffin, an architect for TAT and project manager on The Loop, the change came at the behest of the developer during the design development phase of the project, shortly after they assumed control of the project from MASS Design Group. “When we were starting design development, that’s when POAH said, ‘Let’s do a Passive House’,” Griffin says. At this juncture, Building Evolution Corporation (BEC), a building performance consultancy based in Worchester, was brought in to serve as Passive House consultant.

Once complete, the Passive House envelope will include the entirety of the wood-framed tower portion of the building, which is separated from the concrete podium by a post-tensioned concrete slab on the second floor, as well as the lower levels of two townhouse-style units, a community room, and the residents’ entrance and lobby on the ground floor.

The Loop is one of the first three Passive House projects for TAT (the other two being Moran Square in Fitchburg and phase Three C of the redevelopment of the Anne M. Lynch Homes at Old Colony in South Boston), and the very first Passive House project for BEC. Since BEC finished The Loop’s pre-certification process, however, its Passive House portfolio has exploded. “Right now, we’ve got nine projects that are in design phase and four that are in construction and pre-certified,” says Ken Neuhauser, president of BEC. “It was kind of a tidal wave.”

Although the switch from code to Passive House was ambitious, it was far from impossible. “One of the things that was really interesting to me was that we could take a building that was designed as a code-compliant building and by modifying the mechanical, electrical, and plumbing systems, and modifying the building envelope, we could get to where we had a Passive House building,” says Griffin. In some aspects, they already had a head start.

For example, building with continuous insulation has long been a standard practice at TAT on account of its location in a cool-humid climate. Consequently, the team didn’t have to completely reimagine the wall assembly (shown below); they simply needed to bulk up the exterior insulation. In the tower portions of the building, the mineral fiber insulation was stepped up from one inch to two inches. To compensate for the increased thermal bridging in the largely non-passive portion of the building—on account of the steel studs—the team increased the external insulation from two to three inches and switched the type to Thermax polyiso rigid board insulation. Thermal bridging was further minimized with the use of a rainscreen system created by Knight Wall Systems, which eliminates the need to manually install insulation around the metal girts. The cladding of the upper stories will be fiber cement siding, while the first floor’s façade will be brick.

The team also bulked up insulation in several other areas within this building. These included around the balcony screens and the roof truss space under the parapet wall trusses. According to Jim Podesky, senior project manager from TAT, the rooftop equipment installations were an area that got particular attention with the addition of extra spray foam insulation beneath the wood blocking supporting the equipment to minimize any thermal bridging there. “A lot of this stuff is just using commodity products thoughtfully,” Neuhauser explains.

This strategy contributed to achieving an overall minimum R-value of 40 for the roof. In addition to housing mechanicals, the roof will eventually be home to both a 158-kW photovoltaic array built by SunBug Solar and an emergency generator.

For the townhouse unit doors and upper-story windows, the team relied on the manufacturer Alpen. This choice was largely due to the company’s track record for success with Passive House construction, according to Griffin. Given that Alpen supplies double-pane fiberglass fixed and operable windows with U-values of 0.16 and 0.17, respectively, the team did not have to upgrade to triple pane.

With respect to the building’s mechanicals, they opted for a semi-central system with three energy recovery ventilators (ERVs) on each floor to supply fresh and tempered air to amenity spaces, corridors, and the living rooms and bedrooms in each apartment. Meanwhile, exhaust air is collected in each of the units’ kitchen and bathrooms. The heating and cooling are provided via a central variable refrigerant flow (VRF) air-source heat pump system, the condensers of which are located on the roof.

Though they had hoped to go all-electric and dedicated a lot of time and energy to trying to prove their Tetris skills by fitting 26 closets for electric water heaters throughout the building, the team unfortunately did not have sufficient wiggle room to make this a reality, given the existing floor layouts when they assumed control of the project. However, on subsequent projects they’ve been able to figure out ways to have two or three apartments sharing a heat pump water heater.

Turning It Up a Notch

According to Neuhauser, a lot of the changes to take the project from code to Passive House were not material, but procedural. “A lot of it was the same sort of materials, but we really engaged in the design process,” he says. This meant more detailed coordination among the team to problem-solve for transitions and specific details. “We’re already building high performance. This was just turning it up a notch.”

In addition to more coordination between TAT and BEC, the general contractor on the project, Dellbrook JKS, went through Passive House training, educated their subcontractors to demystify the principles of Passive House, had a designated person on staff making sure the details would be done correctly, and had an onsite mockup that received extensive use. “We kinda beat the heck out of it,” Neuhauser says, noting that they performed three separate ASTM window and air leakage tests on it as they worked to fine-tune the methods and refine some details. “That was a fantastic use of a mockup.”

Meanwhile, CLEAResult, the Passive House verifier on the project, worked with Dellbrook and TAT to designate units in the building where blower door tests could be conducted. Neuhauser notes that these intermediate tests were used to assess if the project was going in the right direction with respect to the performance of the exterior enclosure.

So far, they have not been disappointed.

As the project nears the end of the line, it looks as if their frequent testing, attention to detail, judicious use of materials, and commitment to teamwork have paid off and that The Loop will soon be the latest building in Boston to receive certification from Phius.

Aerial photo at the top of page courtesy of Dellbrook/JKS.

Comprehensive Pod Solutions on the Way 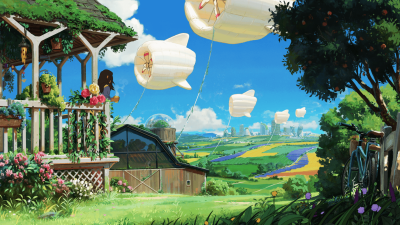