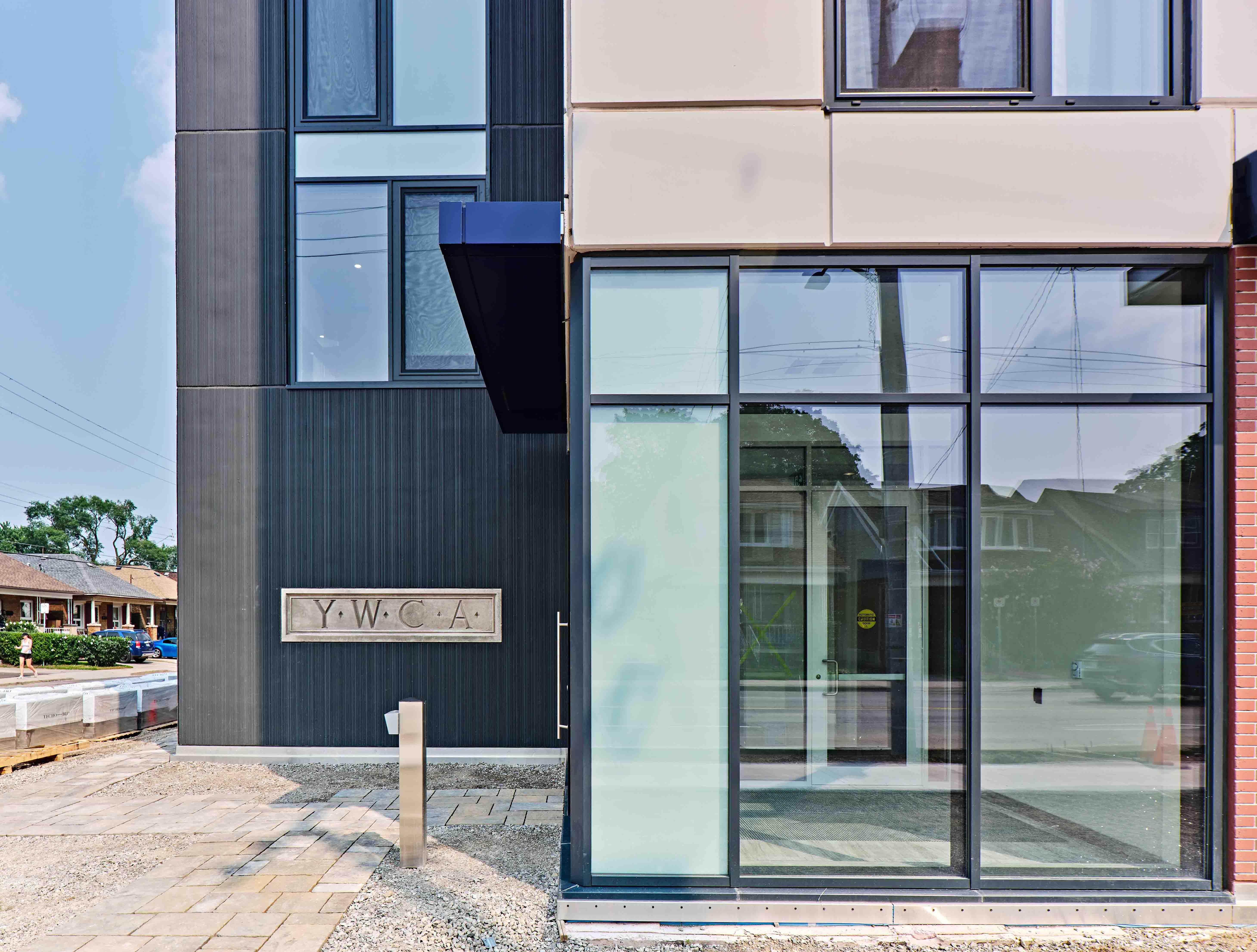 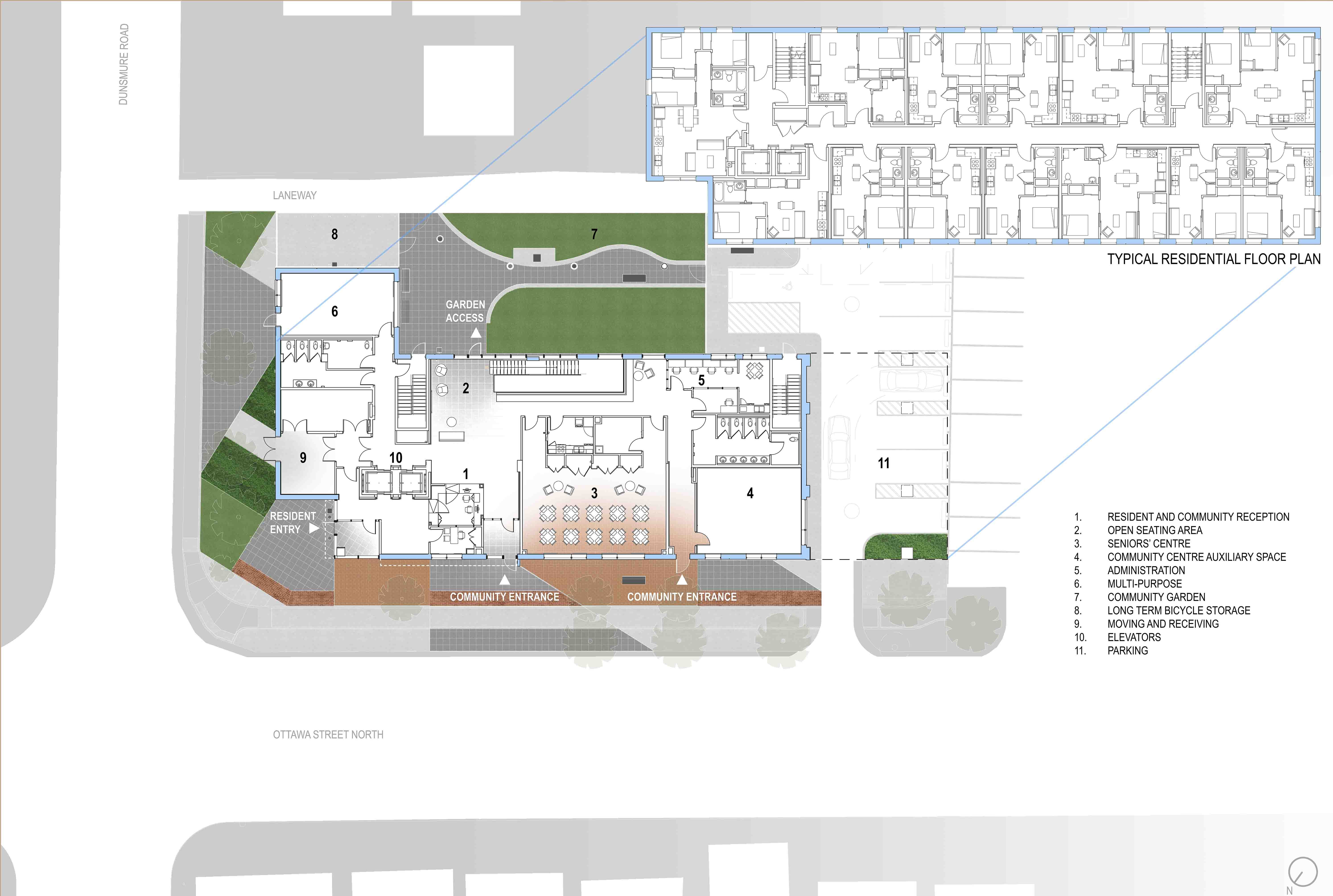 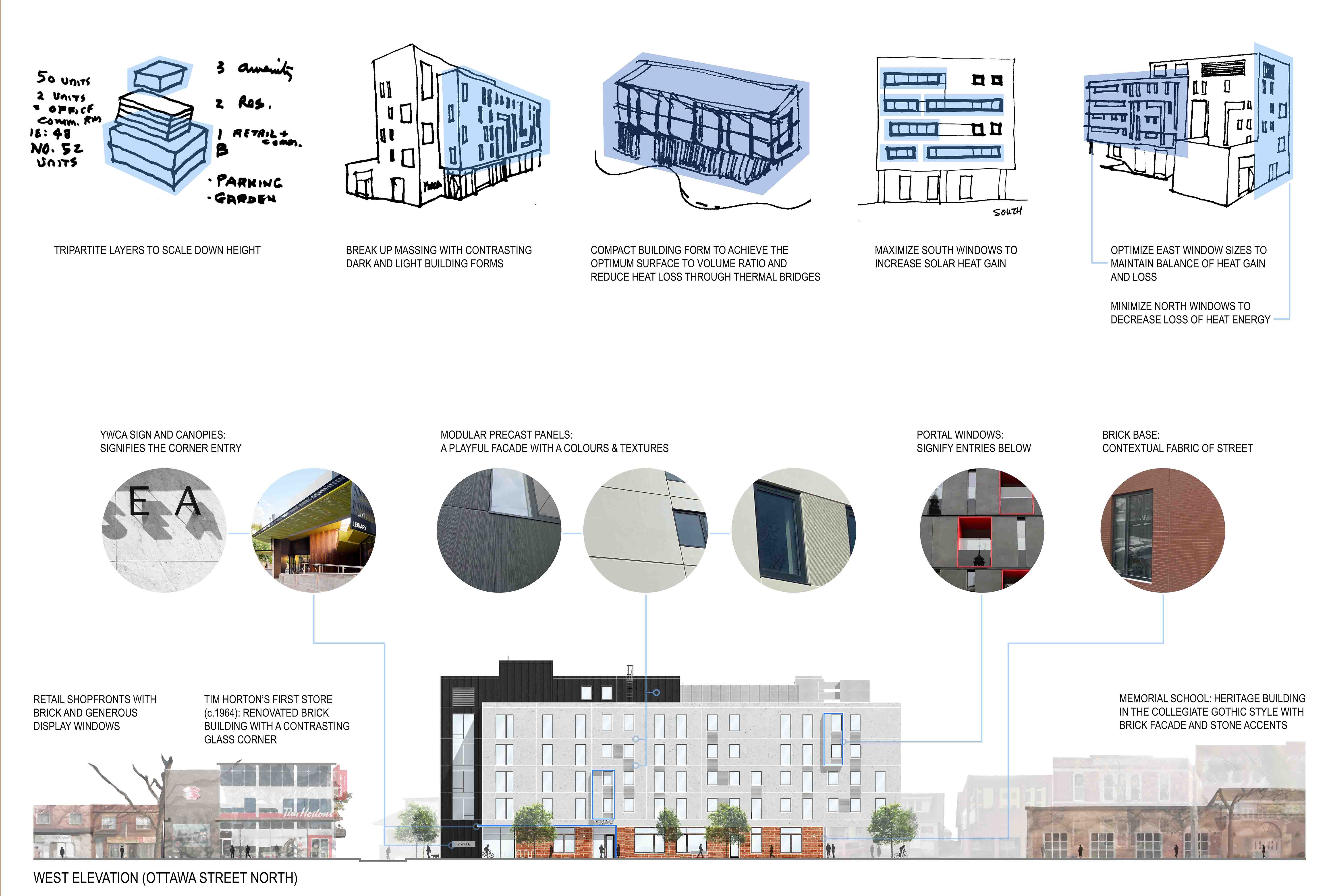 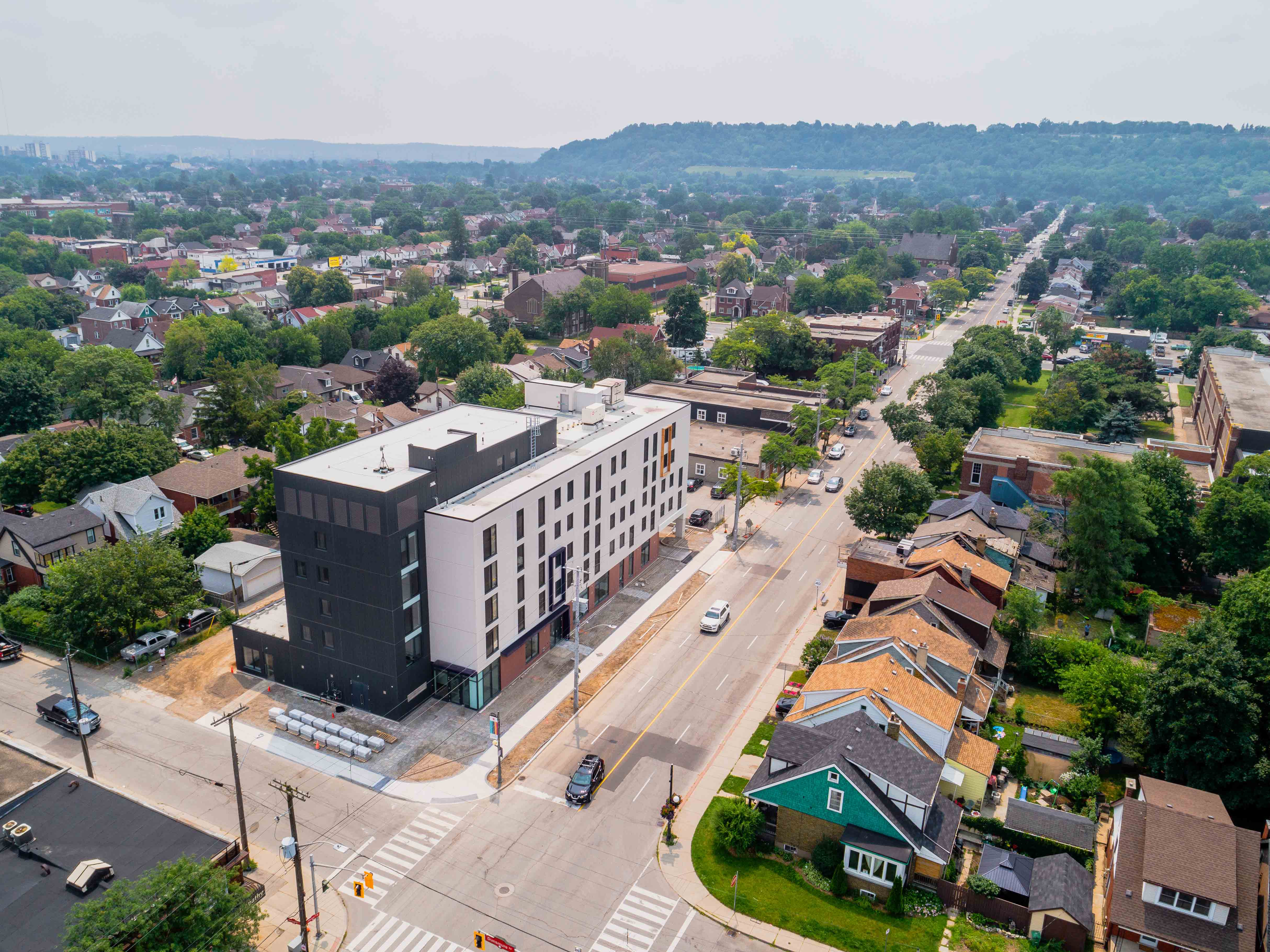 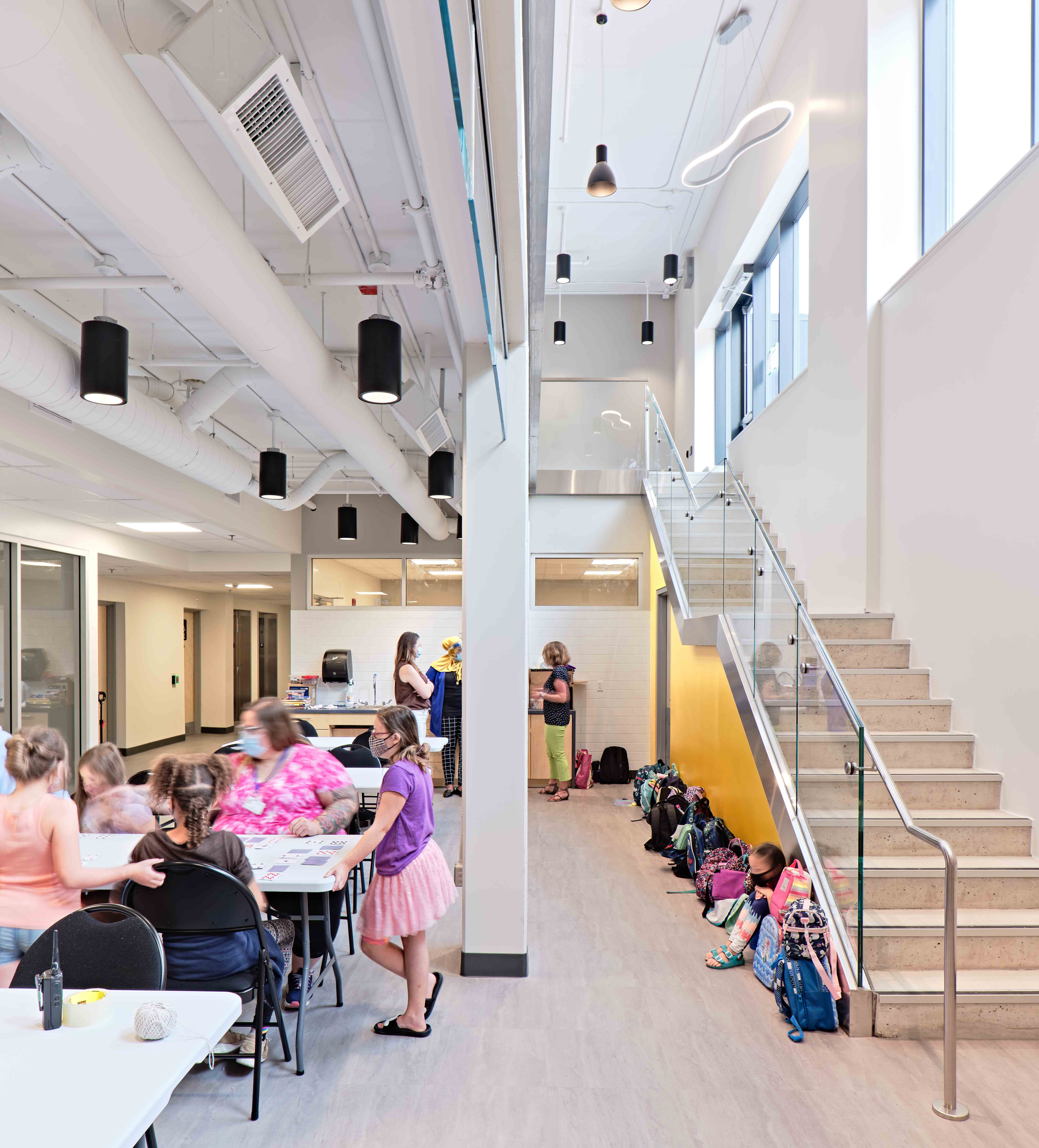 The Putnam’s five stories of affordable housing—a mix of one-, two-, and three-bedroom units—sit atop a podium level that houses a community center, offices, reception, bike storage, and a garbage room. On a penthouse level, there are two offices, a laundry room, a mechanical room, and an amenity space. YWCA set the Passive House goal for the housing in part so that the residents would be able to focus on their well-being, health, and education rather than coping with poor or substandard living conditions. By offering comfortable and resilient permanent housing, and pairing that with employment support and leadership development services, the YWCA hopes to help women get the tools they need to graduate from the system. With the project’s expected reduction in energy usage of more than 80%, it's estimated that the YWCA will recoup the incremental cost of Passive House in just two years.

To economically meet the building’s insulation and airtightness specifications, KMAI worked with a local manufacturer, Hamilton-based Coreslab Structures, to jointly develop an entirely new wall assembly consisting of a precast concrete sandwich panel. Kooltherm, the phenolic insulation included in the sandwich board, is made with a blowing agent that has a low global warming potential (GWP). While these materials are not ideal from an embodied carbon perspective, a precast system reduces the carbon emissions associated with travel to and from the site and on site during the lengthy construction process. “Without the precast system, the construction would have been far more labor, equipment, and material intensive—think massive concrete pumps and concrete trucks idling on site all day every day for months and months,” says Byrne, adding that the building’s embodied carbon is lower than it would have been with a traditional cast-in-place system.